The AGICO MFK-1A Kappabridge model is used in the Paleomagnetic Rock Laboratory. It operates at 200 A/m field with a frequency of 976 Hz. This measurement generates an ellipsoid of magnetic susceptibility (K) defined by the length and orientation of three principal axes K1≥ K2≥ K3. K1 is the long axis of the magnetic susceptibility ellipsoid, which defines the magnetic lineation. K3 is the short axis and defines the normal to the magnetic foliation plane (K1-K2 plane).

The TSD-1 is used to provide progressive thermal demagnetization of rock specimens by heating them to any specified temperature up to 800°C and then cooling them in a low magnetic field environment (<10 nT). External fields are attenuated by the shield assembly so that the instrument can be operated in a laboratory environment. The instrument consists of two separate chambers: one for heating and one for cooling. They are arranged coaxially so that as soon as specimens in the furnace chamber reach thermal equilibrium, the specimen holder can be pushed directly into the cooling chamber. Complete chamber isolation and individual controls allow one specimen batch to be blower cooled while another batch is being heated. The basic sample holder is an open assembly with two inconel tubes on which lies a quartz tray for placing specimens. The quartz tray can hold up to 10 specimens, each 2.5 cm in diameter x 2.5 cm in length. 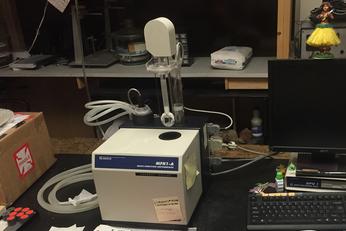 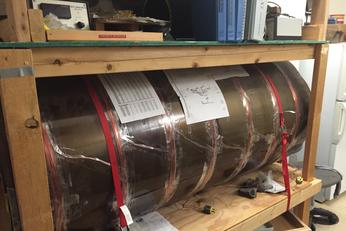 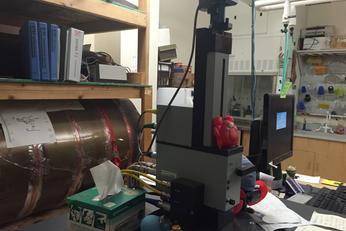 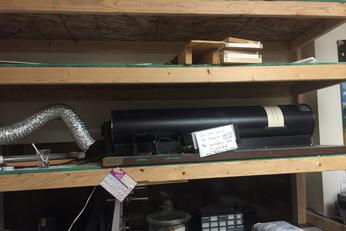